Okay… first off, unless you’re cooking for an army, don’t use the entire box… lol… I tend to cook too much food when I make some thing. especially something new. If you do decide on a smaller batch, remember to cut your ingredients… I would start by cutting everything in half…

I’m sure there are any number of brands of noodles. The question is ??? Is there a ziti recipe on the back of them all, and is that recipe the same… here is the recipe I used…

This was my first attempt at baked ziti, but I thought it turned out well. sadly, I prefer spaghetti noodles. I now have bucket loads of ziti to give away… lol… Just follow the instructions, and the recipe is easy enough. I served my ziti with cheese covered garlic bread.

get cooking y’all and enjoy 😛

Okay… just to let ya know what you are seeing in the pic, on the top is the croissant, next row is flat green beans and mashed potatoes, last we have corn, ham, and baked beans… 😛 but for this post we are focusing on the ham (or any oven back meat really)

The secret to fall apart meat? lower the temperature and up the time!!!

For the Ham, I put the oven on 275 degrees (which is about the temp I usually use, but the rule is half the temp.) I went a little above half for my temp because cooking below 275 seems insane to me, but you are welcome to try.

a Ham is a good meat to start your experiments with.. most of the holiday Hams come pre-cooked. In fact, some people just cut and serve (which I would never do. I like to up the taste)

Getting a cookie sheet, I place a disposable aluminum pan on the cookie sheet. Placing the Ham inside, I am ready to start.

With toothpicks, I arrange pineapple slices around my ham. I half a dozen slices to a full dozen. Basically, I used different numbers depending on the size of the Ham. Some times I also stab into the Ham so that the mixture will soak in more.

Melting my butter, I then add in the pineapple juice and sugar, and stir well. Last I pour in my diet coke and mix a little before pouring over my Ham.

Using aluminum foil, I pull off two pieces a little longer than the pan. Placing them on top of one another, I fold the edges over a few time so that when opened there is an extra wide piece. I then place the foil over my Ham and secure the edges tightly. This gives a cooking bag effect (pressure cooker).

Finally, making sure the shelf in the oven is on the lowest level, I cook my Ham for 7-8 hours. The longer you cook the Ham, the more you increase the tenderness of the Ham. I learned this technique from my aunt, after eating a Ham she cooked that was so tender it was falling apart.

The end result is definitely worth the longer cook time. And on the plus side, any leftovers can be frozen to eat on their own, or used in things like white/brown bean, vegetable soup, etc… use your imagination!

Okay… this is a pinterest pic, mainly because I forgot to take a pic when I made this dish for mom… she was in a faze where she wanted to (I think the restaurant was called Max & Erma’s but not sure)… the point is, every week she wanted to drive up to Huntington (an almost hour drive) to have a bowl… so I decided??? I’ll just make it myself… after looking through some online copy-cat recipes on the internet, I settled on this one. Enjoy

Sadly, I am hit for miss with this recipe… with mom my only taste tester… lol… I think I screwed up the second time by shredding the chicken instead of just cutting it up bite size… hope you enjoy

soooo … I have been doing a Blog Block Party with RRBC (Rave Reviews Book Club)… great post by bloggers, authors, and all manner of peeps… and I wanted to offer something new as a prize this time… over course I have some of my bracelets and earrings to pick from, but I wanted to add some new fun swag…

I broke out my tools, added some keychain rings and some chain…. and wha-la… 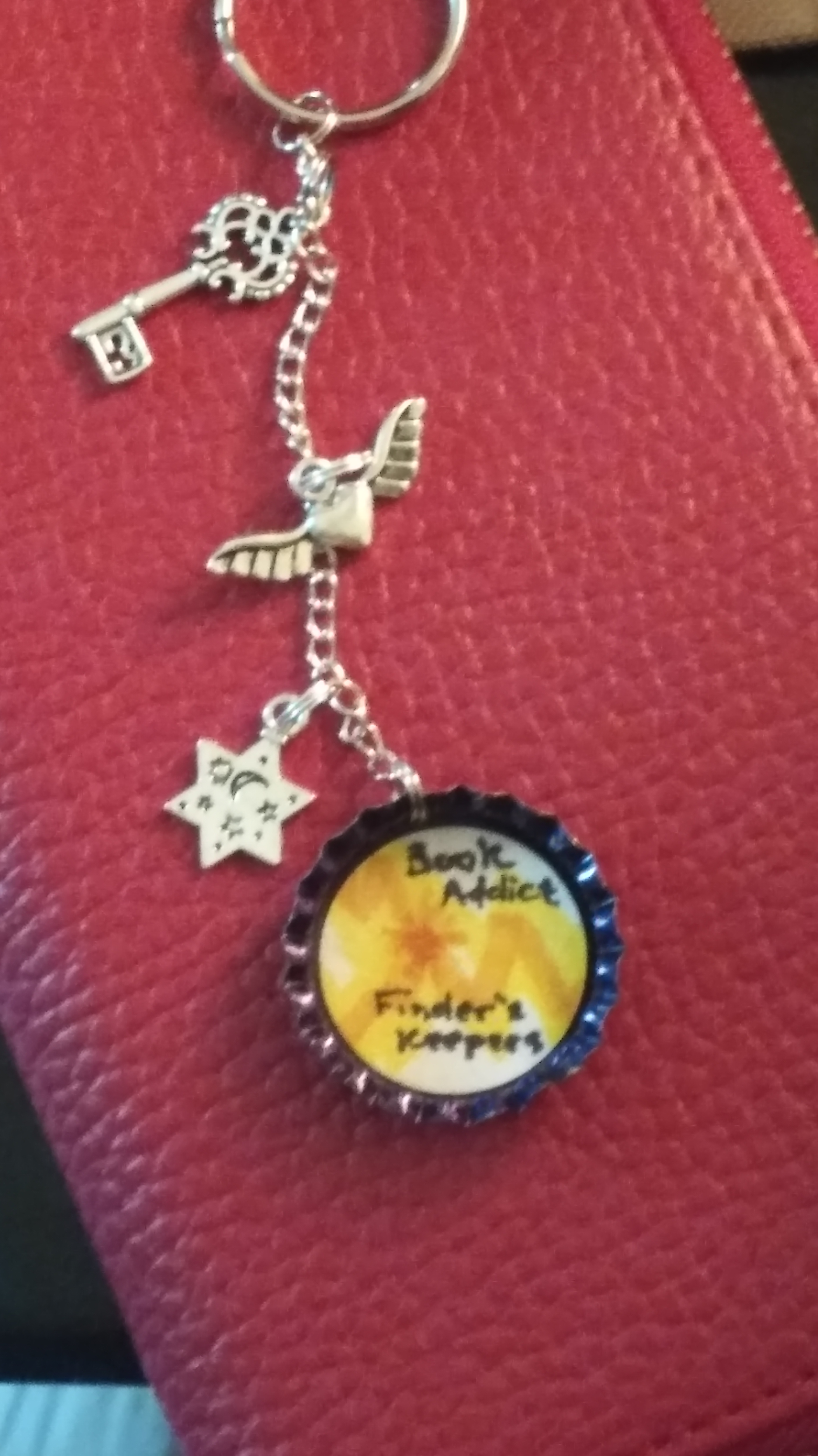 you need a printer, some printer paper, staples, and a paper cutter…

you need to have your paper turned to the landscape view, and the first time around, set your desired margins and grid… (two rows and four columns) put the first chapter (maybe first two chapters) teasers, author bio, cover, buy & author links, etc… and print out your four pages (front and back printing)… this  is not your booklet… this cheat sheet shows you what info/wordage goes in each cell ….

next you put use this guide to put what goes in cell one, in one… in cell 20, in 20… etc… (on the computer you have four pages in landscape mode, but use two-sided printing so you end up with two pages) 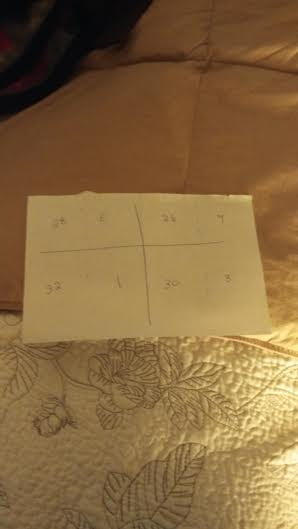 back of page (pg 2 in computer)

this is the front and back view of the first page… once you use your paper cutter you have four pages of your booklet… you can either but the cover in cell one *(1) or just start out with your chapter … and print out covers later… if you choose to do the covers later, then you have …

instead of numbers, you follow the back pg/cover method… otherwise your cover is in cell one and the back pg is in the last cell… 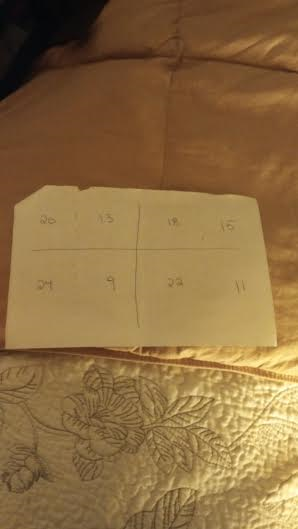 make sure to print out and save your cheat sheet… the one with the cells numbered 1, 2, 3, 4, etc… so that you can easily check to see if you have the correct info in your cell… otherwise, just cut and paste from your saved cheat sheet to your booklet… good luck and happy wordage, tracey

Yesterday, I spent the evening with my writer’s group at LibraryCon, a small town fair. OMG… it was sooo hot. Just let me tell you, my Multiple Sclerosis was not happy. I ended up eating sugar-free icee, running my little squirt bottle fan, and sweating like an out of shape marathon runner. In the end, […]

Add a little sex, humor, and fighting to your Novel

Writing you novel, and looking for the best way to keep your readers interested??? Here are a few aspects that I always try to include… fighting, funny, and fu- … uh, I mean loving.. 😛 loving from friendships to love of your life. Bring you story to life with emotions. Finding the words to make […]

I am both excited and saddened. Killjoys (a show on syfy) is back for its fifth season. Sadly, this is supposed to be the last season. love this show… so far there has only been one episode, but it just reminded me why hate that the seasons are so short. lol. I love kickass Dutch […]

March should be ‘Book Month’

lol… I love March… not for the number to birthday parties my family celebrates (omg, there are so many birthdays… May must be a popular time to get frisky, lol… cause ten months later my family has babies popping out… March and June, those are our baby times :P) unlike everyone else, I entered to […]